PAULA WAGNER (Lead Producer) Has worked in the top ranks of the entertainment industry. Broadway producing credits include Pretty Woman: The Musical, The Heiress starring Jessica Chastain, Grace starring Paul Rudd and Michael Shannon, and Terrence McNally’s Tony-nominated play Mothers and Sons. She is a co-founder of Cruise/Wagner Productions, where she produced notable films such as Mission: Impossible I, II, III, The Last Samurai, Vanilla Sky, The Others and Shattered Glass, and executive produced Steven Spielberg’s War of the Worlds. She served as CEO of United Artists from 2006 to 2008, and earlier in her career was a prominent talent agent at Creative Artists Agency. Recently, she produced the acclaimed movie Marshall, starring Chadwick Boseman, Josh Gad and Kate Hudson, through her company, Chestnut Ridge Productions. Wagner is a member of the Broadway League, AMPAS and Producers Guild, and is a Carnegie Mellon alumna and trustee. Thank you to Rick Nicita.

LPO (Producer) is a division of Paola Gambino Group Operations run by Paola Gambino Lawton. After a successful out-of-town tryout in Chicago, Pretty Woman: The Musical premiered on Broadway at the prestigious Nederlander Theatre and subsequently in Hamburg, Germany, at Stage Theater an der Elbe. The show is currently playing on the West End in London, UK, at the Savoy Theatre. LPO is extremely honored to bring Pretty Woman: The Musical to North America and very grateful to all the wonderful fans and the amazing team who made this Hollywood dream come true.

BRYAN ADAMS (Music & Lyrics) has been recording and touring the world as a musician for four decades. The Grammy Award-winning singer/songwriter has recorded 14 studio albums and his latest album, Shine A Light, was released in 2019. Pretty Woman is the first musical he has written, alongside Jim Vallance. Over the years, his music has achieved number one status in over forty countries. He has three Academy Awards and five Golden Globe nominations, not to mention he is also a Companion of the Order of Canada. Adams performs over one hundred concerts a year playing to audiences on six continents.

JIM VALLANCE (Music & Lyrics) has been active in the music industry since 1970. He initially worked as a studio musician, producer and arranger before turning his attention to songwriting. He has collaborated with a wide variety of artists including Bryan Adams, Aerosmith, Heart, Rick Springfield, Ozzy Osbourne, Joe Cocker, Tina Turner and Michael Bublé, to name a few. He’s been awarded numerous ASCAP, BMI and SOCAN awards for international radio airplay and dozens of Gold and Platinum album awards. He’s a recipient of the Order of Canada, that country’s highest civilian honor.

GARRY MARSHALL (Book) producer, director and writer of film, television and theatre, made audiences laugh for five decades. Pretty Woman was the most successful of the 18 films he directed. It was his passion to make it a Broadway musical because he loved live theatre. He was thrilled to work with J.F. Lawton again on this title. Before Garry passed away in 2016 he knew the wonderful creative team in place would make Pretty Woman the Musical a joyous reality. He dedicates this show to Barbara Sue Wells, his wife of 53 years. Garry’s family keeps his legacy alive at the theatre he built in Burbank California. @garrymarshalltheatre www.garrymarshalltheatre.org

J.F. LAWTON (Book) J. F. Lawton has written screenplays for every major Hollywood studio in genres from comedy and romance to action and drama. His feature credits include: Pretty Woman; Under Siege; Blankman; The Hunted; Chain Reaction;and DOA: Dead or Alive. For Broadway, Lawton co-wrote the book for Pretty Woman - the Musical. His published works include the sci-fi novel Cosmic Ray’s Celestial Revival and his latest work is The Last Writer. J. F. would like to thank his amazing wife and business partner, Paola Gambino Lawton, for rescuing him.

JERRY MITCHELL (Director/Choreographer) received the Tony Award for Best Choreography twice — initially for the revival of La Cage aux Folles and thereafter for the Tony Award-winning Best Musical, Kinky Boots, for which he was also nominated as Director. Jerry was most recently represented on Broadway as Director/Choreographer of Pretty Woman, currently playing in Hamburg and London. In the 40 or so preceding years, Jerry has been involved with more than 50 Broadway, West End and touring productions, including choreographing You’re a Good Man, Charlie Brown; The Full Monty; The Rocky Horror Show; Hairspray; Gypsy; Never Gonna Dance; Dirty Rotten Scoundrels; La Cage aux Folles; Legally Blonde, which he also directed on Broadway and in London; Catch Me If You Can; and On Your Feet!

WILL VAN DYKE (Music Supervision, Arrangements and Orchestrations) is a songwriter, music supervisor, and 2020 Grammy Award nominee for his work on the revival of Little Shop of Horrors. Will has orchestrated and arranged shows on Broadway and off (including Pretty Woman), and is a frequent collaborator with many of NYC’s finest talents. Will is an award-winning songwriter and has released multiple albums, available wherever digital music is sold. He writes musicals with Jeff Talbott and has a band. For more visit www.willvandyke.com @wvdmusic

KENNETH POSNER & PHILIP S. ROSENBERG (Lighting Design) are delighted to be co-designing Pretty Woman. Great friends and colleagues for over 20 years, Mr. Posner and Mr. Rosenberg have collaborated on productions spanning regional, Broadway and international theatre. They are both thrilled to be reuniting with Jerry Mitchell, with whom they worked on Hairspray and Dirty Rotten Scoundrels, and they are grateful for the opportunity to bring this story to the stage.

DANIEL KLINTWORTH (Music Director) Welcome to Hollywood! Previous Tours: Book of Mormon;, Billy Elliot. Other: “One Million Musicals” Podcast. Thank you, Mom & Dad, for your constant love & support! Jess... thank you for your unwavering honesty & wisdom. I owe you everything.

DB BONDS (Associate Director) was the associate director of Pretty Woman on Broadway, London and Hamburg. He served as the worldwide associate director of Kinky Boots, and directed the US regional premiere at the MUNY in St. Louis. DB toured North America as an actor in Dirty Rotten Scoundrels and Legally Blonde.

THE TELSEY OFFICE (Casting). With offices in both New York and Los Angeles, The Telsey Office casts for theater, film, television, and commercials. The Telsey Office is dedicated to creating safe, equitable, and anti-racist spaces through collaboration, artistry, heart, accountability, and advocacy.

THOMAS RECKTENWALD (Production Supervisor) is proud to continue his journey with Pretty Woman. Thank you to Jerry for his generosity and friendship. To Kyle, thank you for your ending love and support. Rex and Charlotte, Pops loves you very much.

KATHY FABIAN/PROPSTAR LLC. (Production Props). Broadway credits include: A Christmas Carol, American Son, Indecent, Sunday in the Park with George, Falsettos, Fiddler on the Roof, On Your Feet, The King and I, An American In Paris, and Kinky Boots. Recent TV creations for “Fosse Verdon” and “Samantha Bee.”

MARATHON DIGITAL (Social Media) is a team of community cultivators and content creators decreasing the distance between brands and their fans. Clients include: Hamilton, Hadestown, Ain’t Too Proud, Diana The Musical, Freestyle Love Supreme, and more. Run with us: MarathonDGTL.com 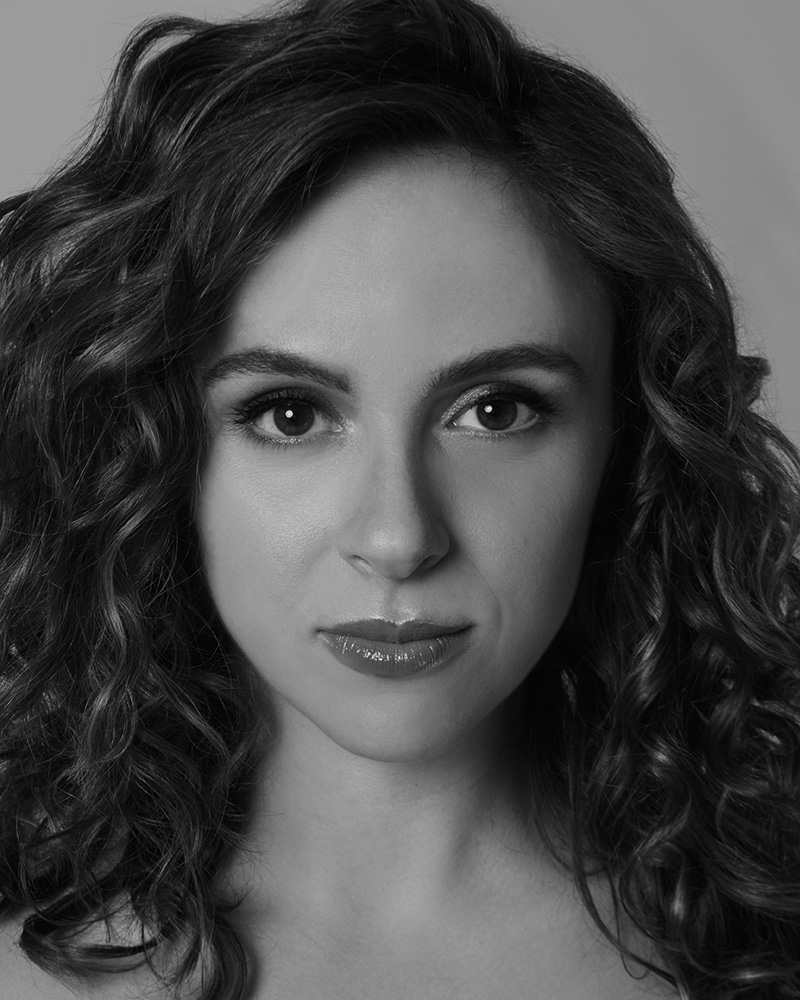 OLIVIA VALLI (Vivian Ward) is overjoyed to be playing the iconic role of Vivian Ward. Her previous credits include Wicked 2nd Nat'l Tour (ensemble/ Elphaba us) and Jersey Boys (Mary Delgado). Thanks to the Telsey Office, Talent House, Jerry Mitchell, and the Pretty Woman team for this opportunity. She also thanks her loved ones for their endless support. Instagram: @Oliviafvalli 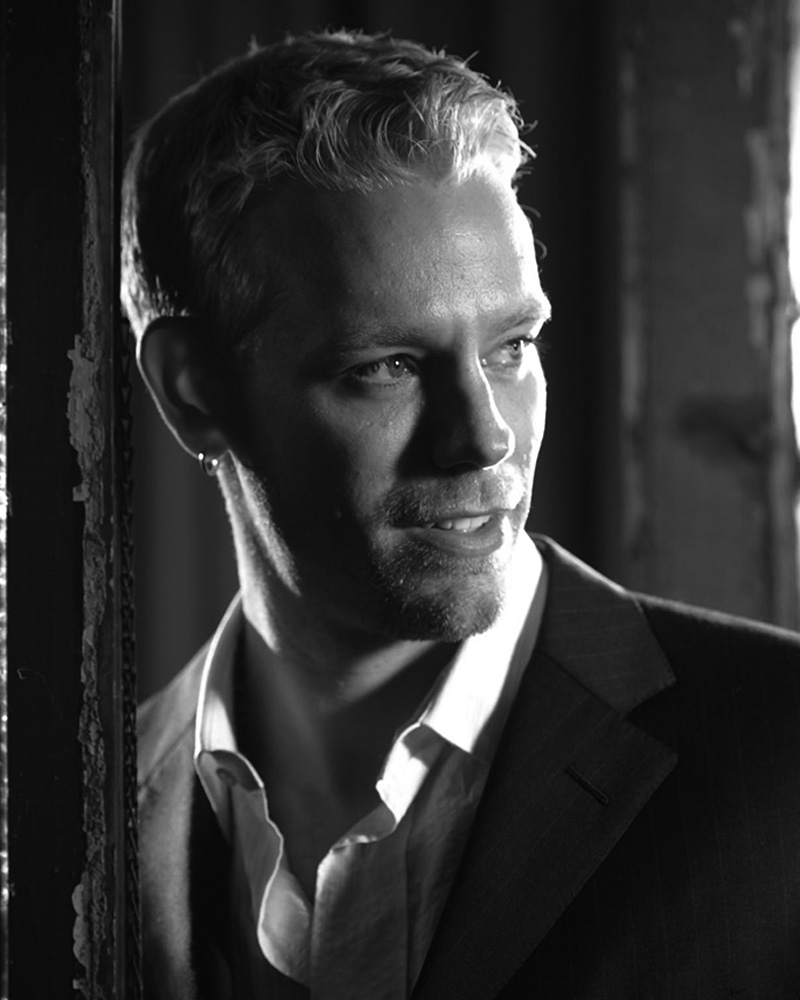 ADAM PASCAL (Edward Lewis) starred as the original Roger Davis in the Off Broadway, Broadway and London Productions of RENT (Tony Award nomination). Originated the role of Radames in Broadway’s AIDA. Other Broadway credits include the final Emcee in the Roundabout’s Cabaret, Huey Calhoun in Memphis, Billy Flynn in Chicago, Chad in Disaster, William Shakespeare in Something Rotten! and, most recently, Edward Lewis in Broadway’s Pretty Woman. 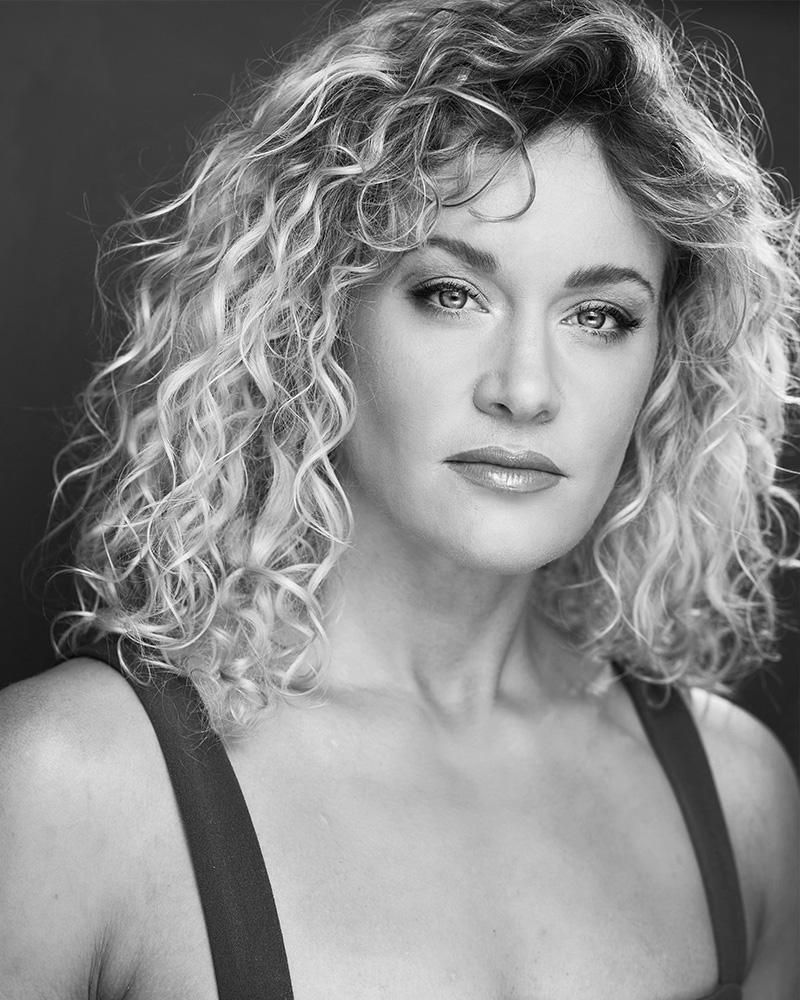 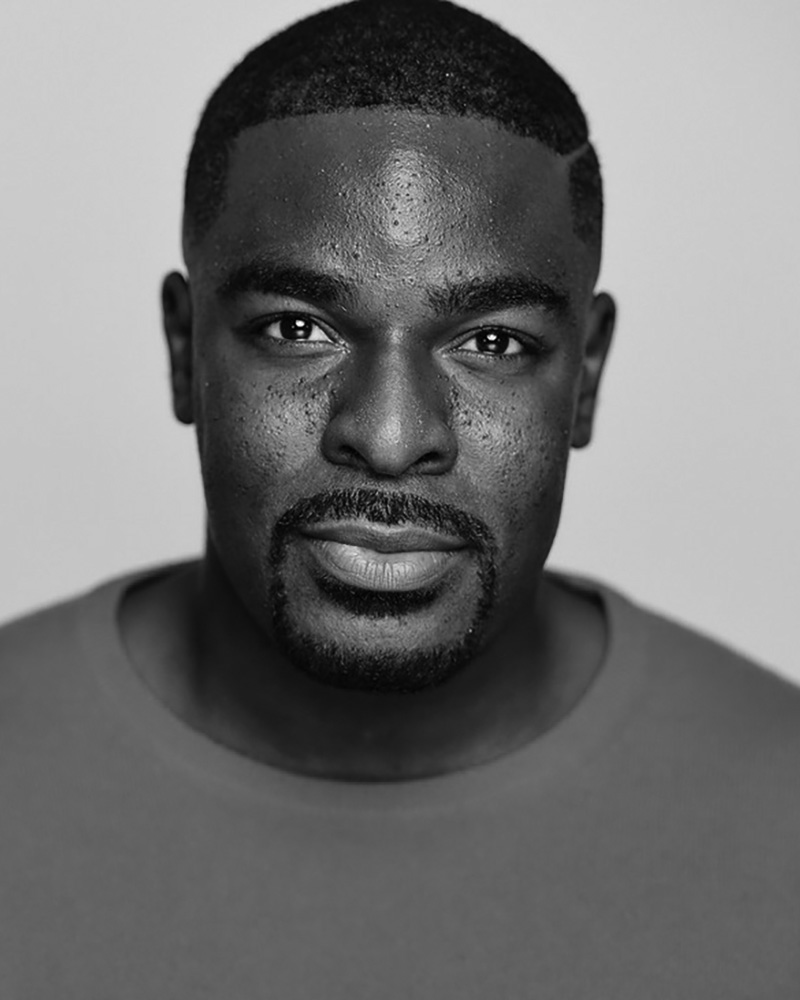 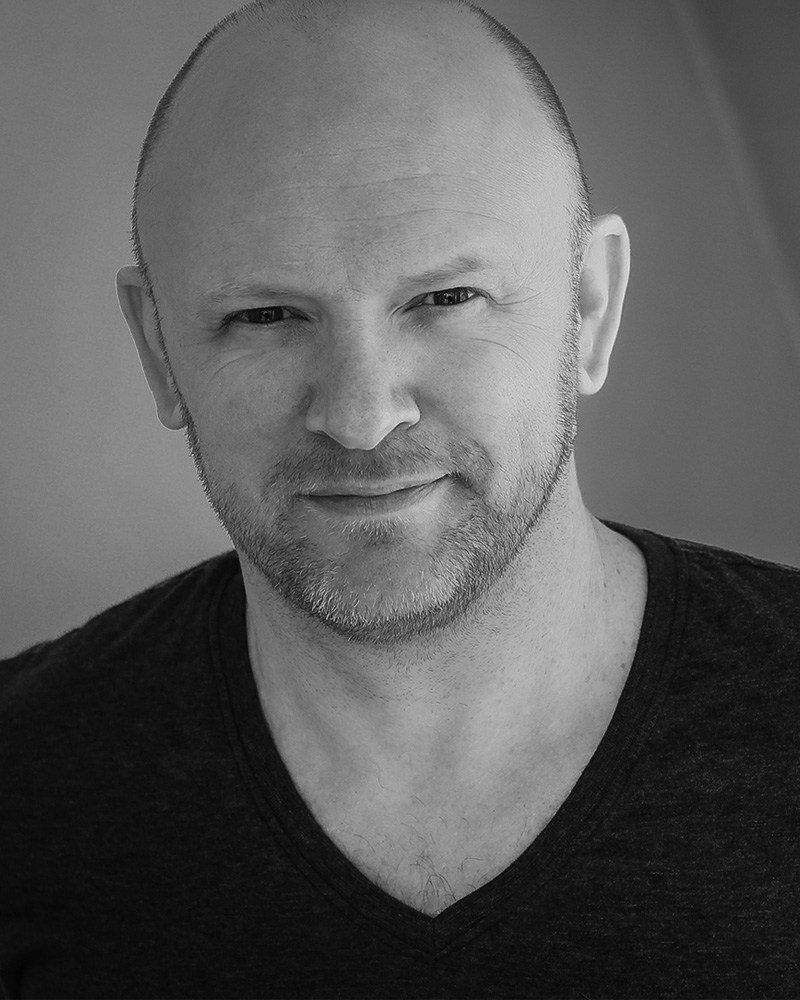 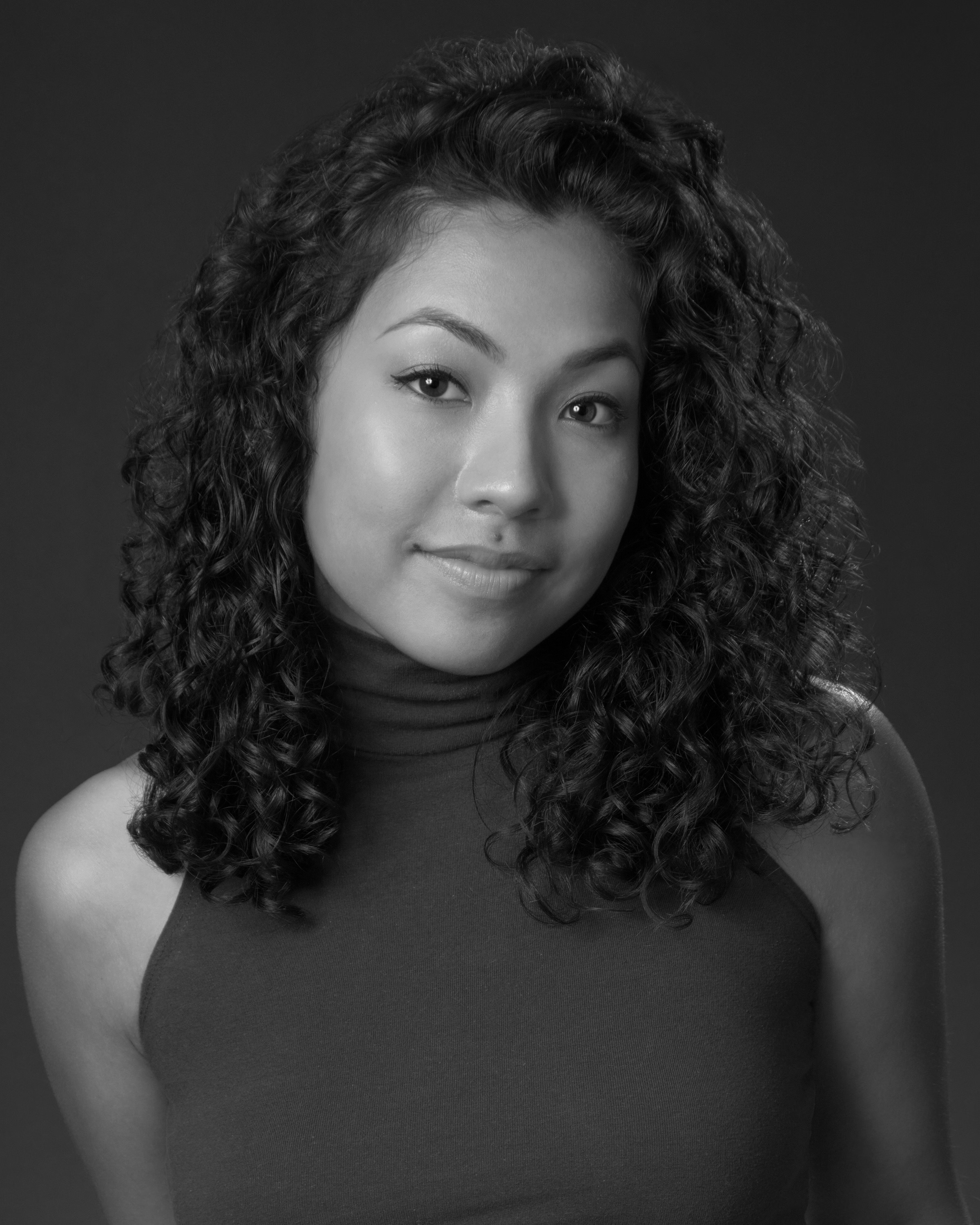 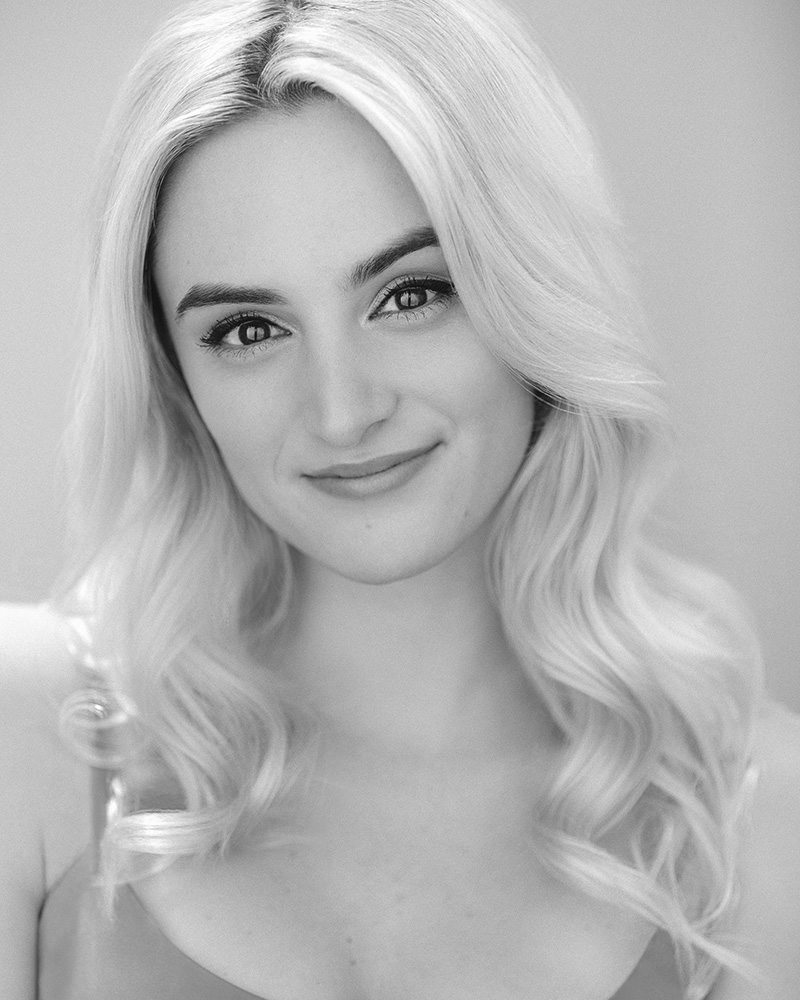 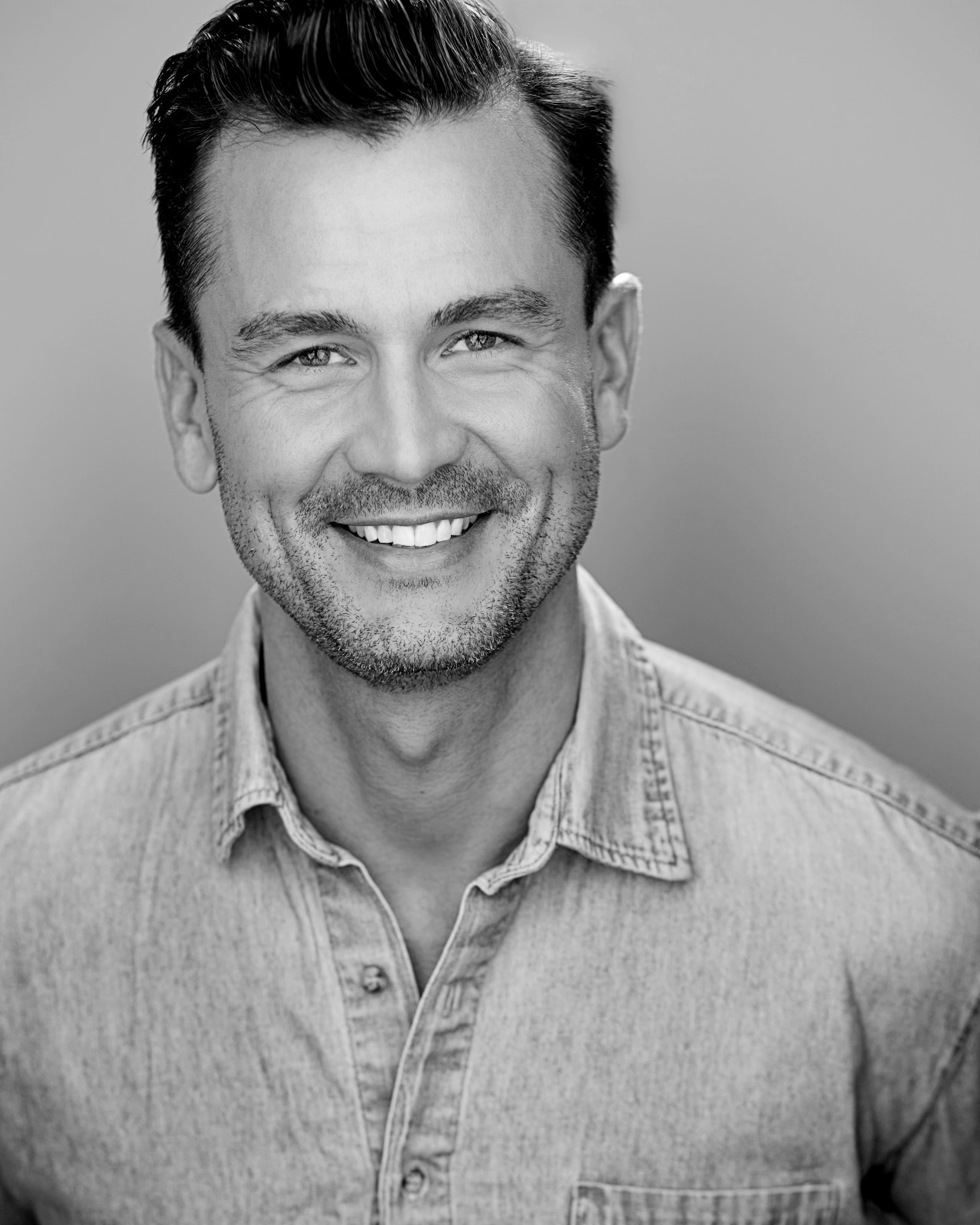 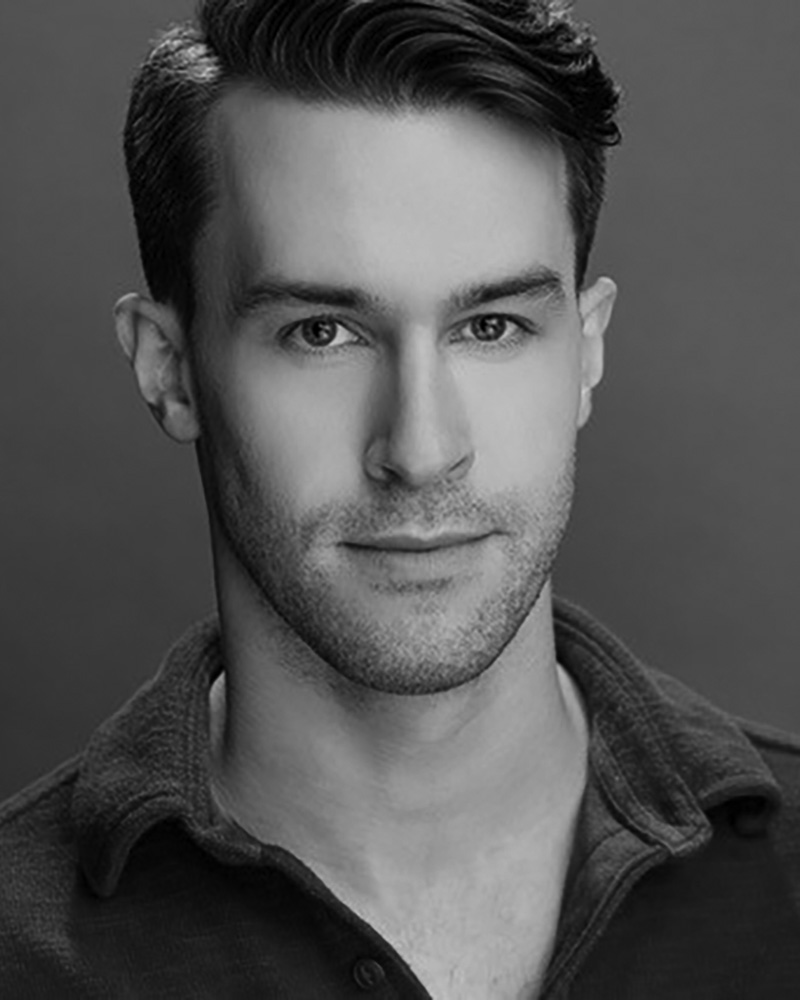 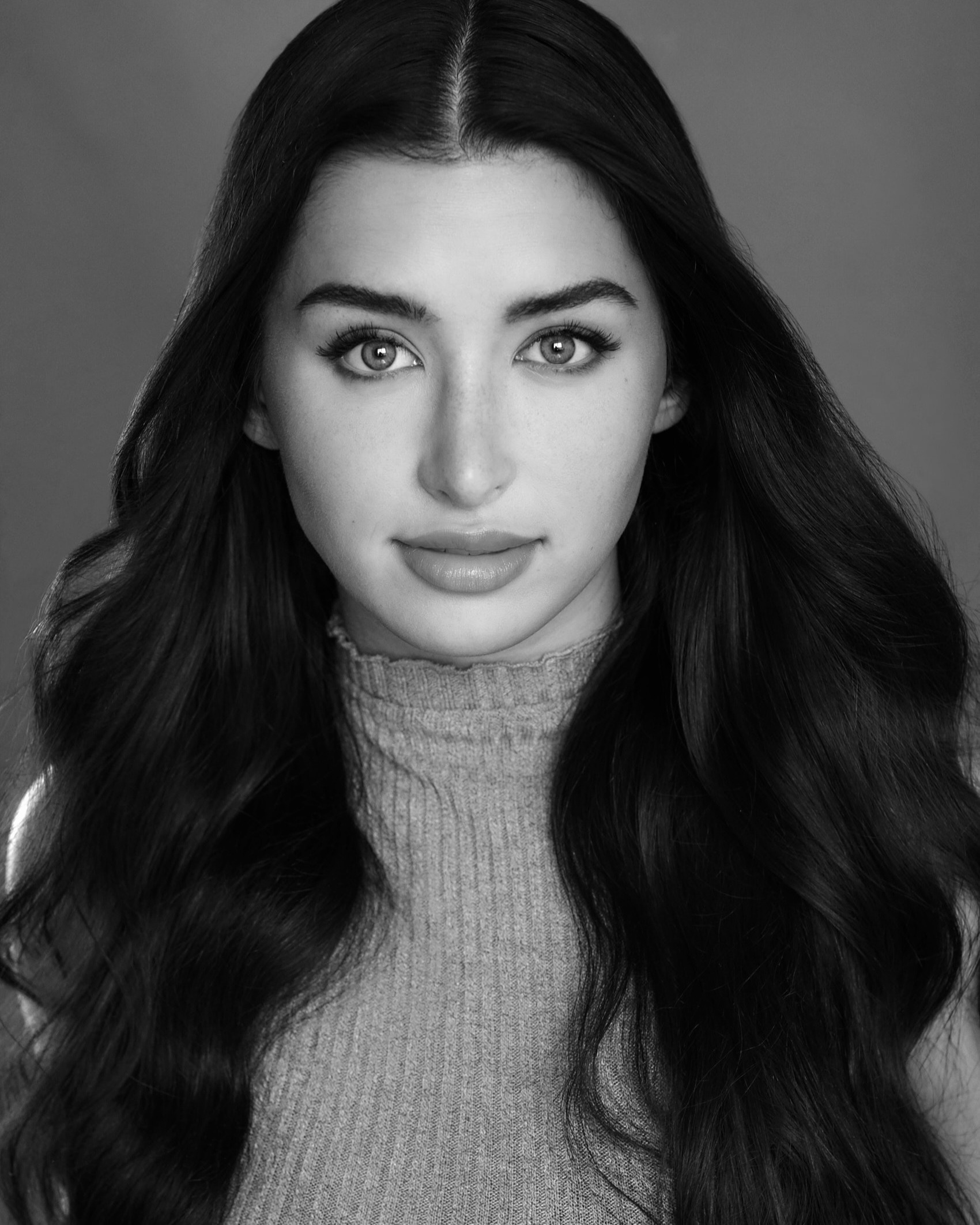 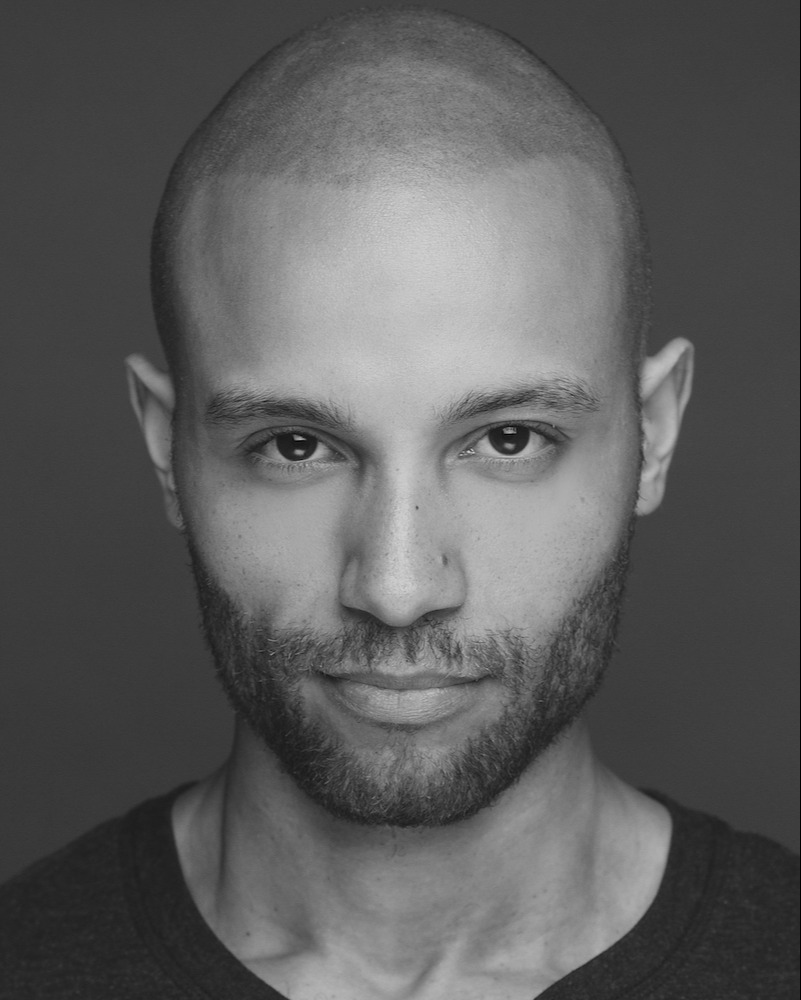 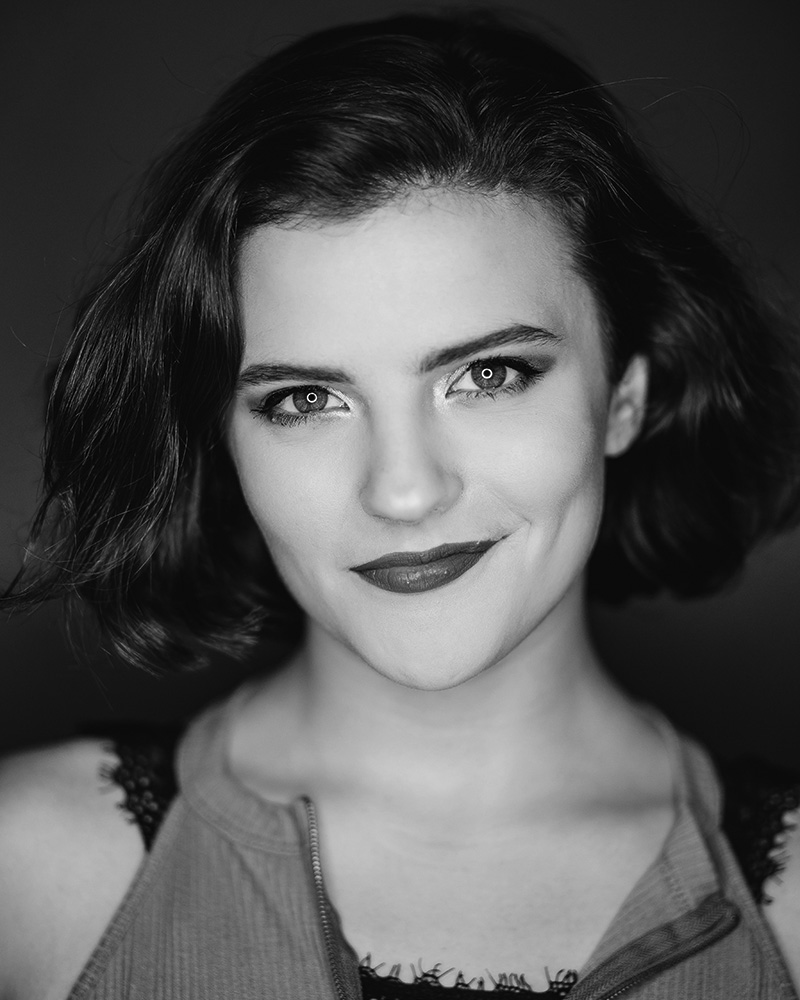 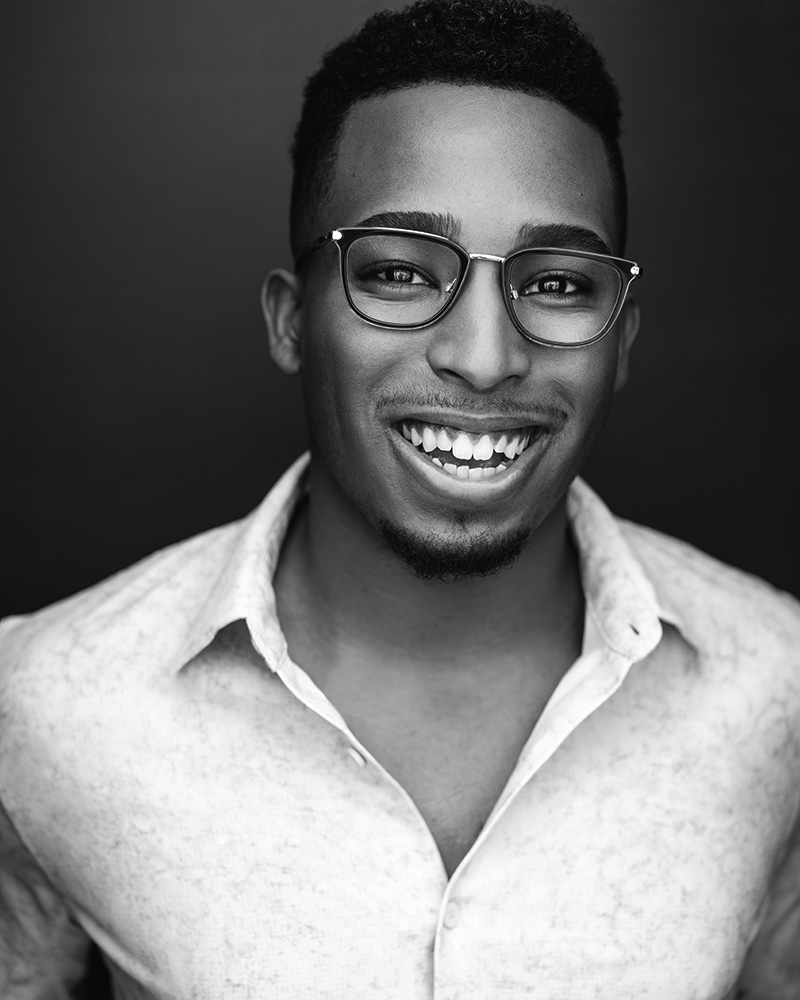 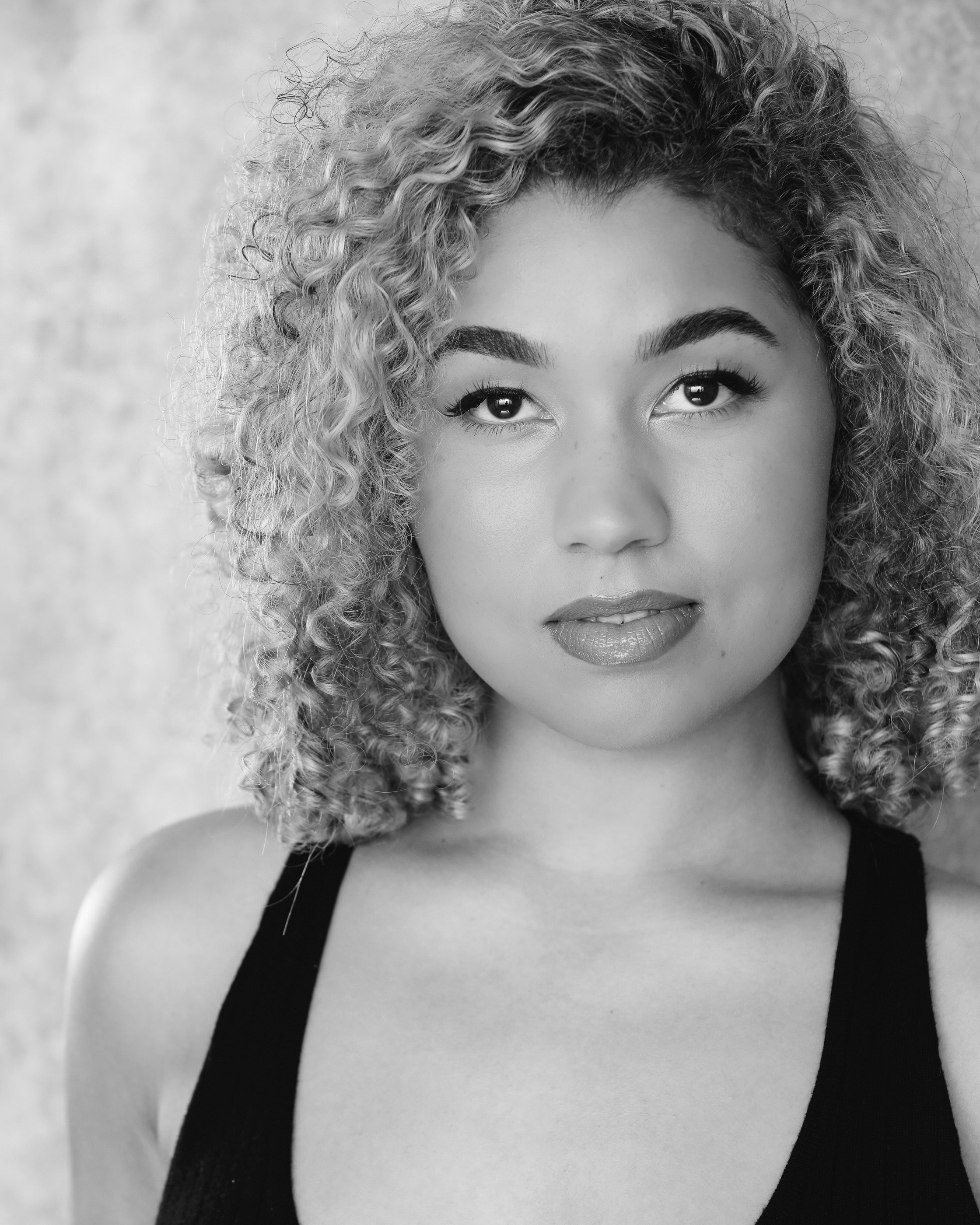 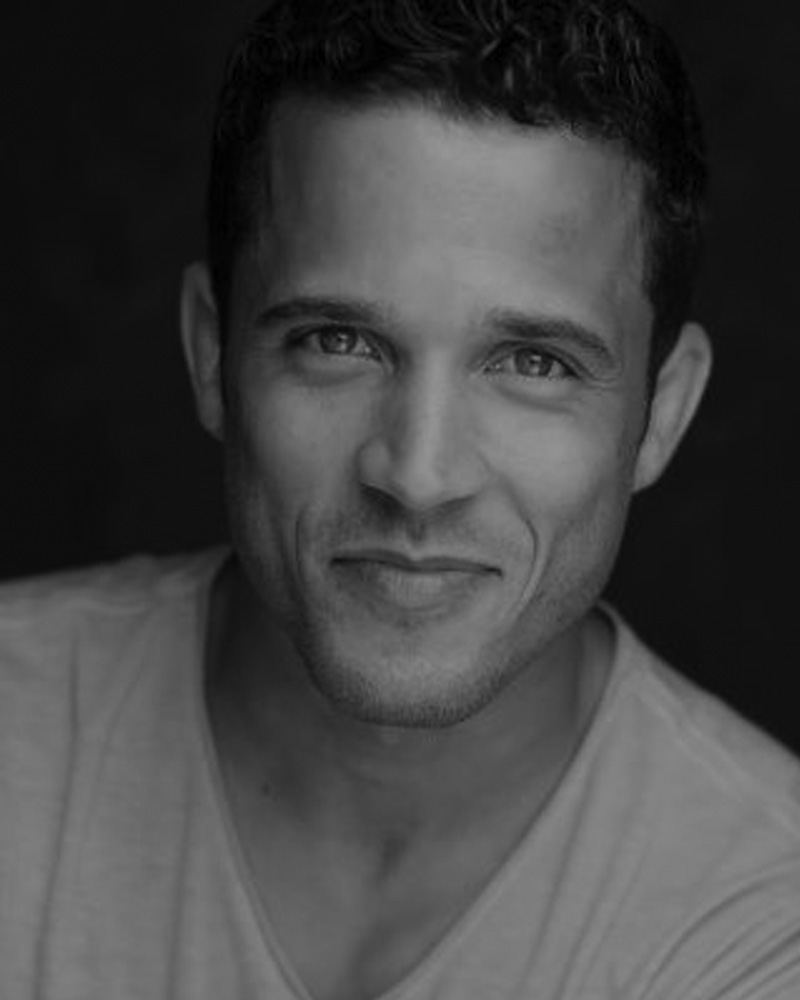 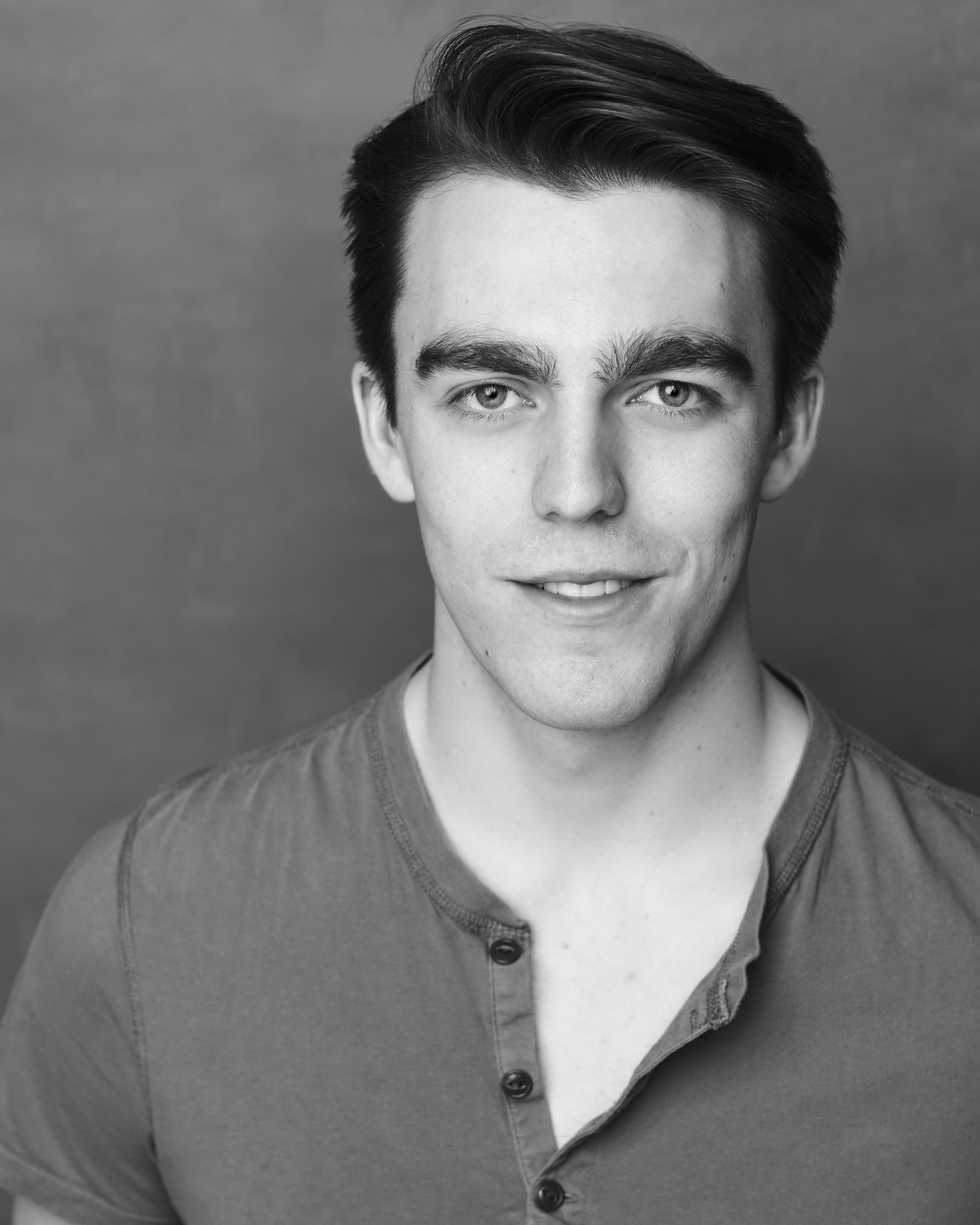 DEVON McCLESKEY (Swing) is thrilled to be on this adventure! Thanks to Dave, Jerry, and Telsey for this opportunity. Endless gratitude to Linda, Ann, and the friends who make life worth living. University of Michigan, GO BLUE! @devon.devoff 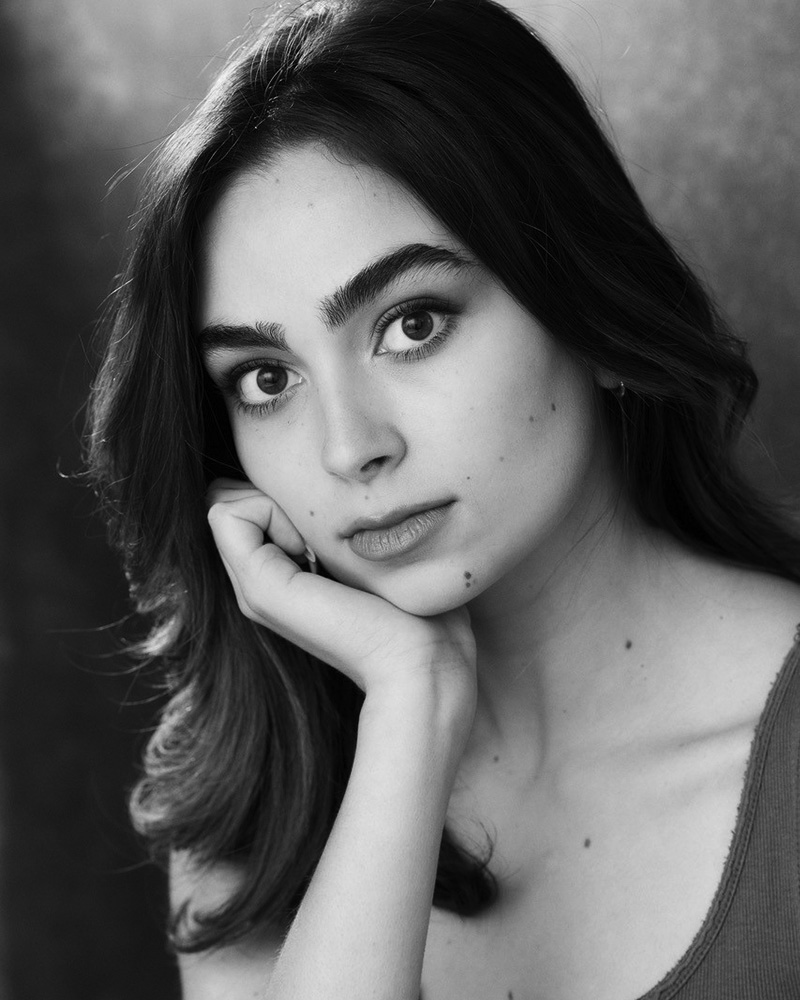 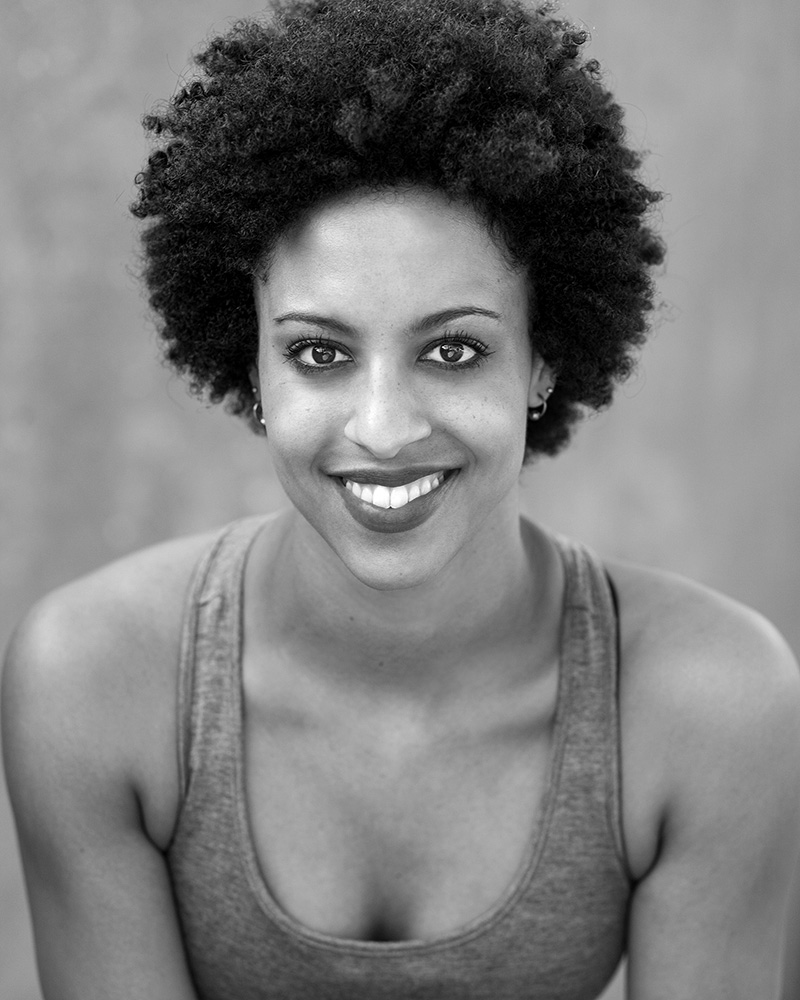 KAYLEE OLSON (Ensemble) is atingle to be struttin’, sangin’ and kick-ball-changin’ in Pretty Woman! THANKS to fam, friends, Tigers, Wing Night and Innovative Dance. Fav Credits: Crazy for You and touring with Anything Goes and Bullets over Broadway. 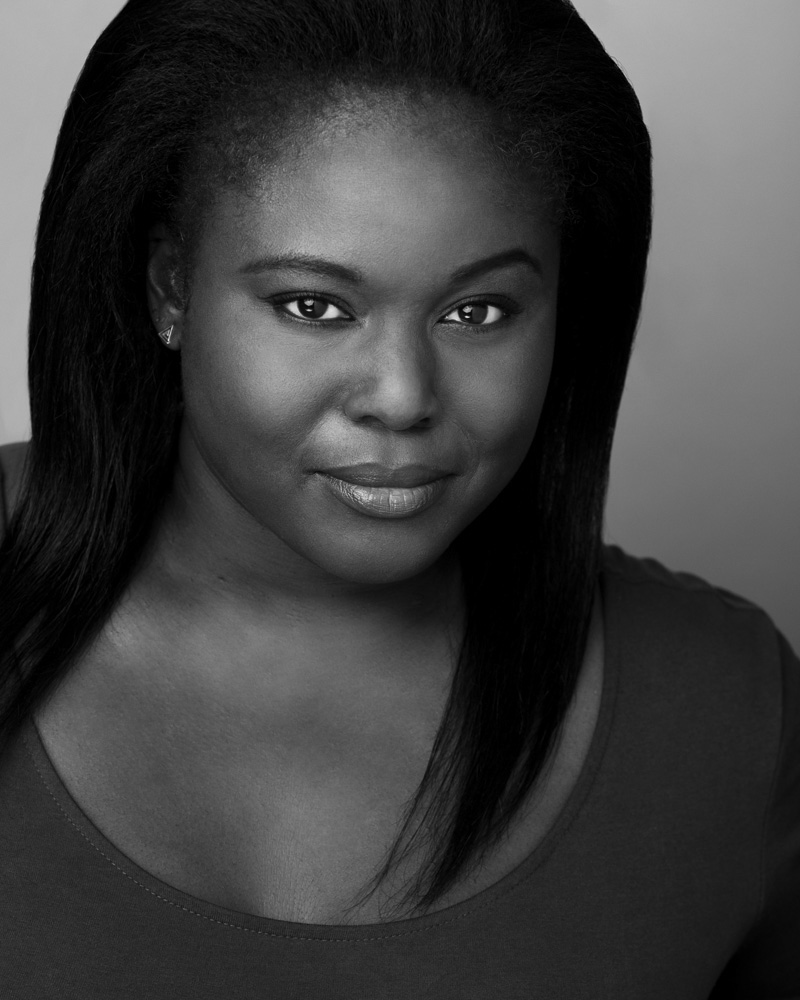 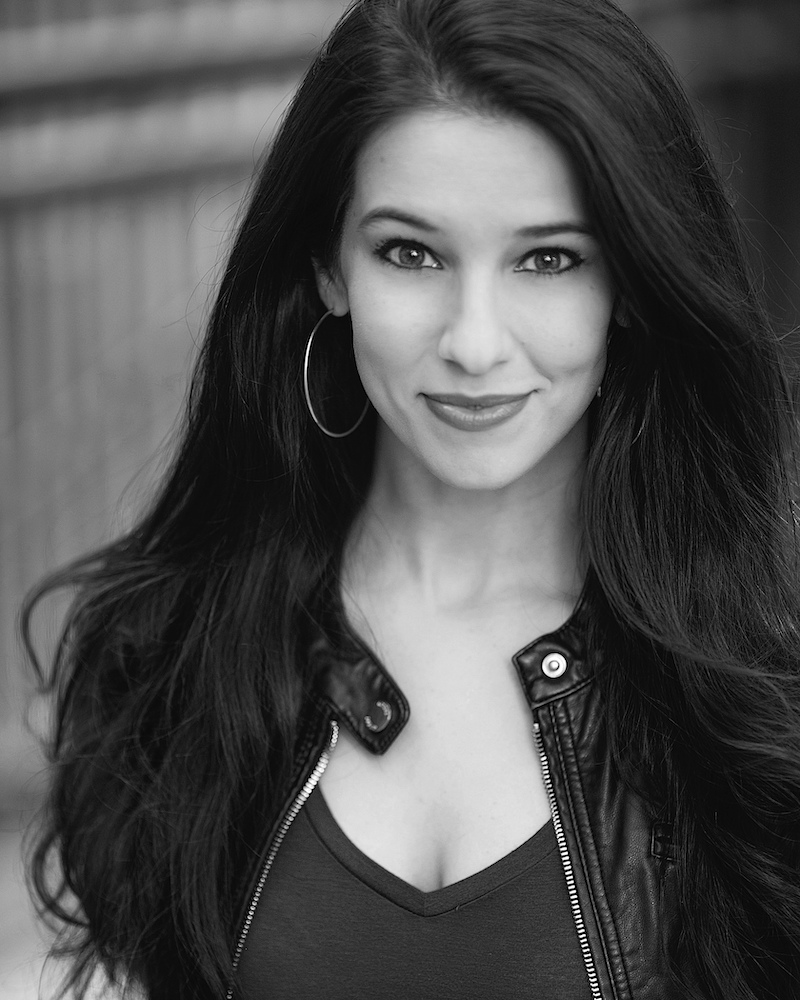 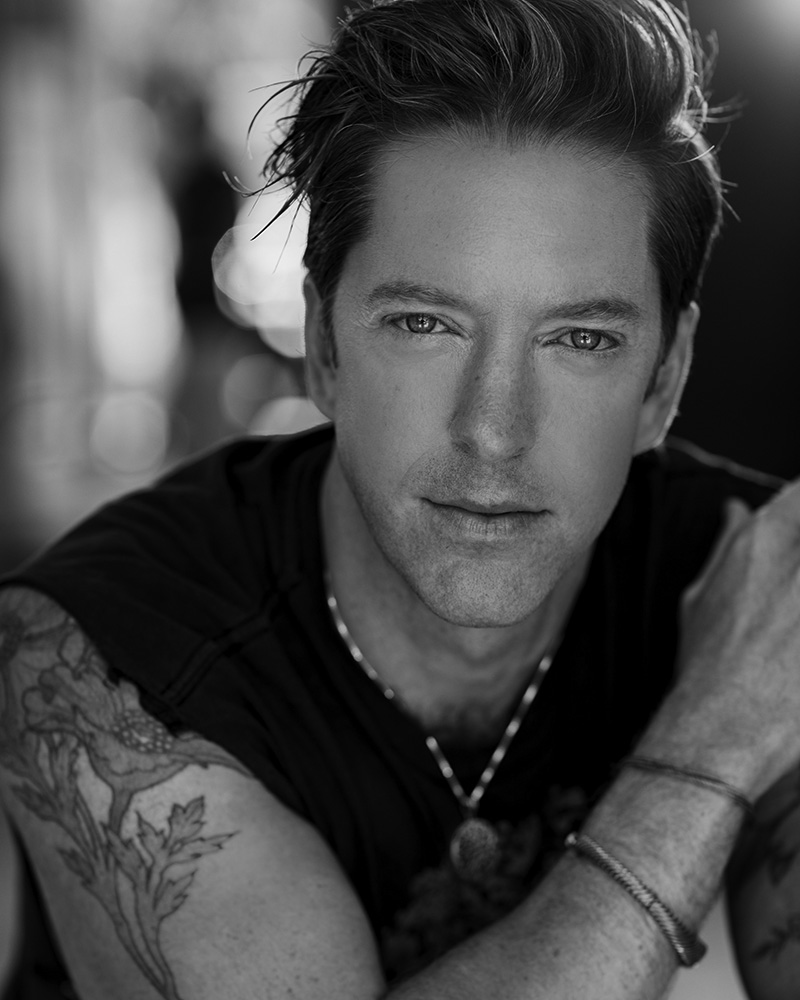 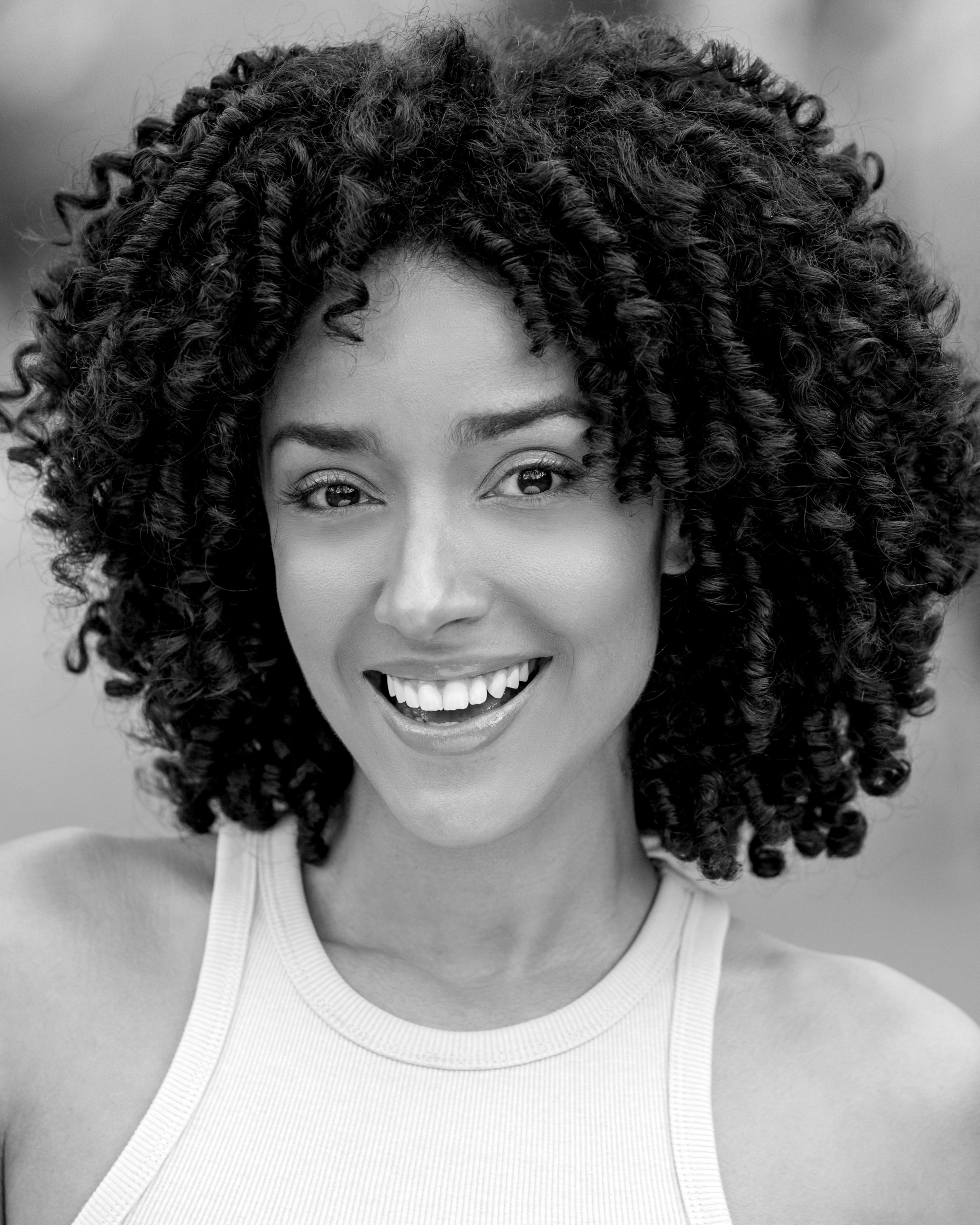 ALICE REYS (Ensemble) National Tour Debut! Toured in homeland Brazil with Hairspray (Swing, Dynamite u/s). Regional favorites: In The Heights and Evita. Beyond Grateful to BlocNY and the support of her amazing family and friends. 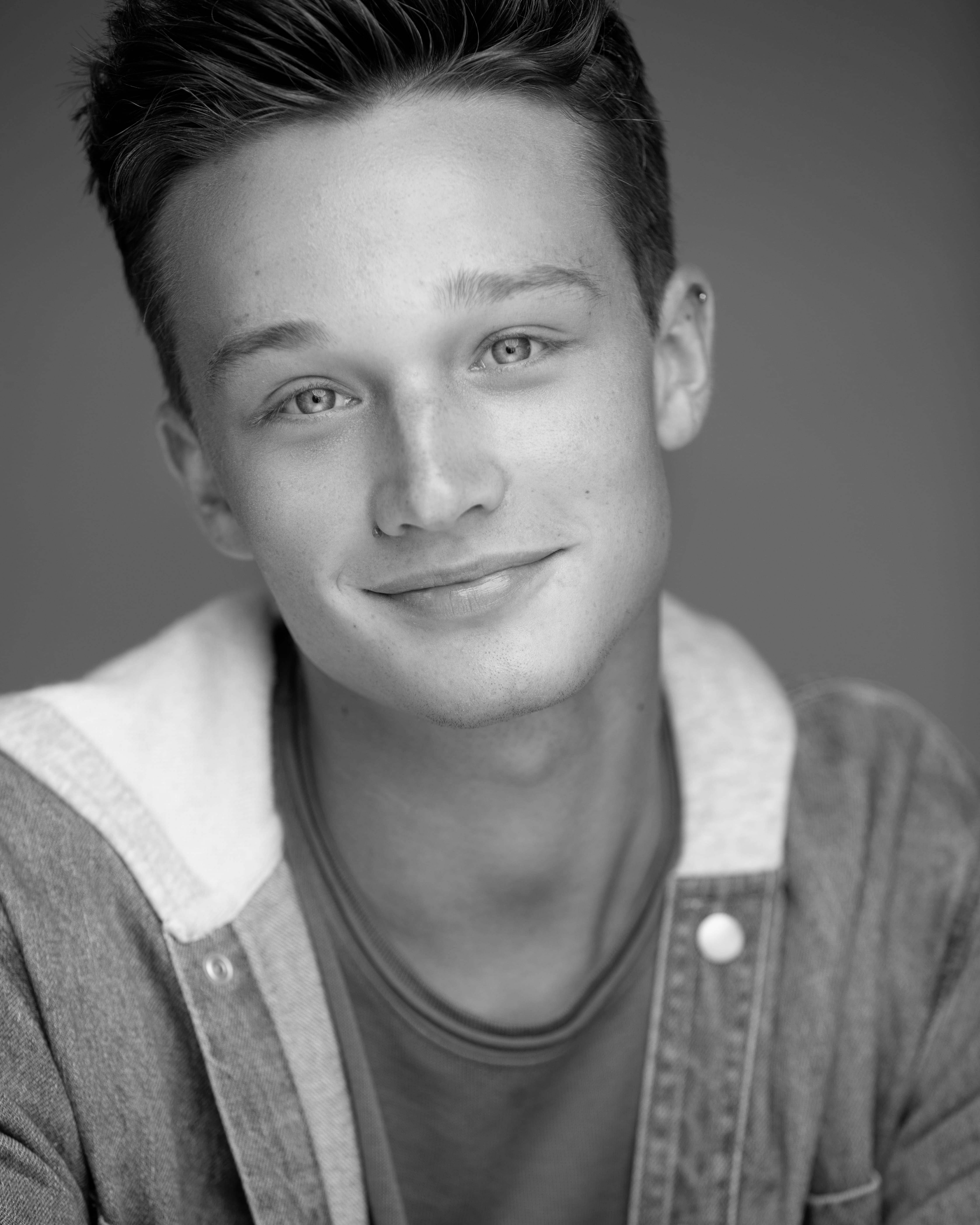 TRENT SOYSTER (Giulio, Ensemble) is thrilled to be dancing across the country on another national tour! Tours: Escape to Margaritaville (Dance Captain). Regional: Pittsburgh CLO, The Rev Theatre Co. BFA: Pace University. Endless love to my support system, and to the best agents ever at MSA Agency. trentsoyster.com 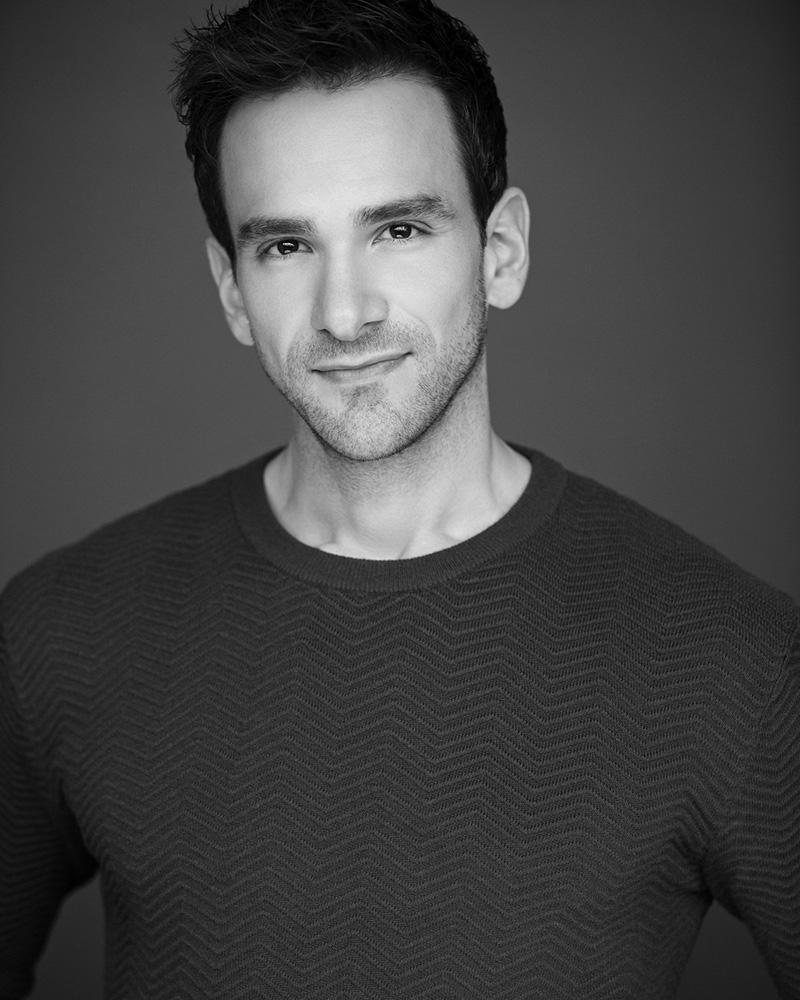 BRENT THIESSEN (Ensemble, u/s Edward Lewis, u/s Philip Stuckey) In honor of this production and all the women who’ve helped to encourage, develop and advance his dreams, Mr.Thiessen has donated to Girl Up, an organization advancing girls’ skills, rights, and opportunities to be leaders. @brentthiessen 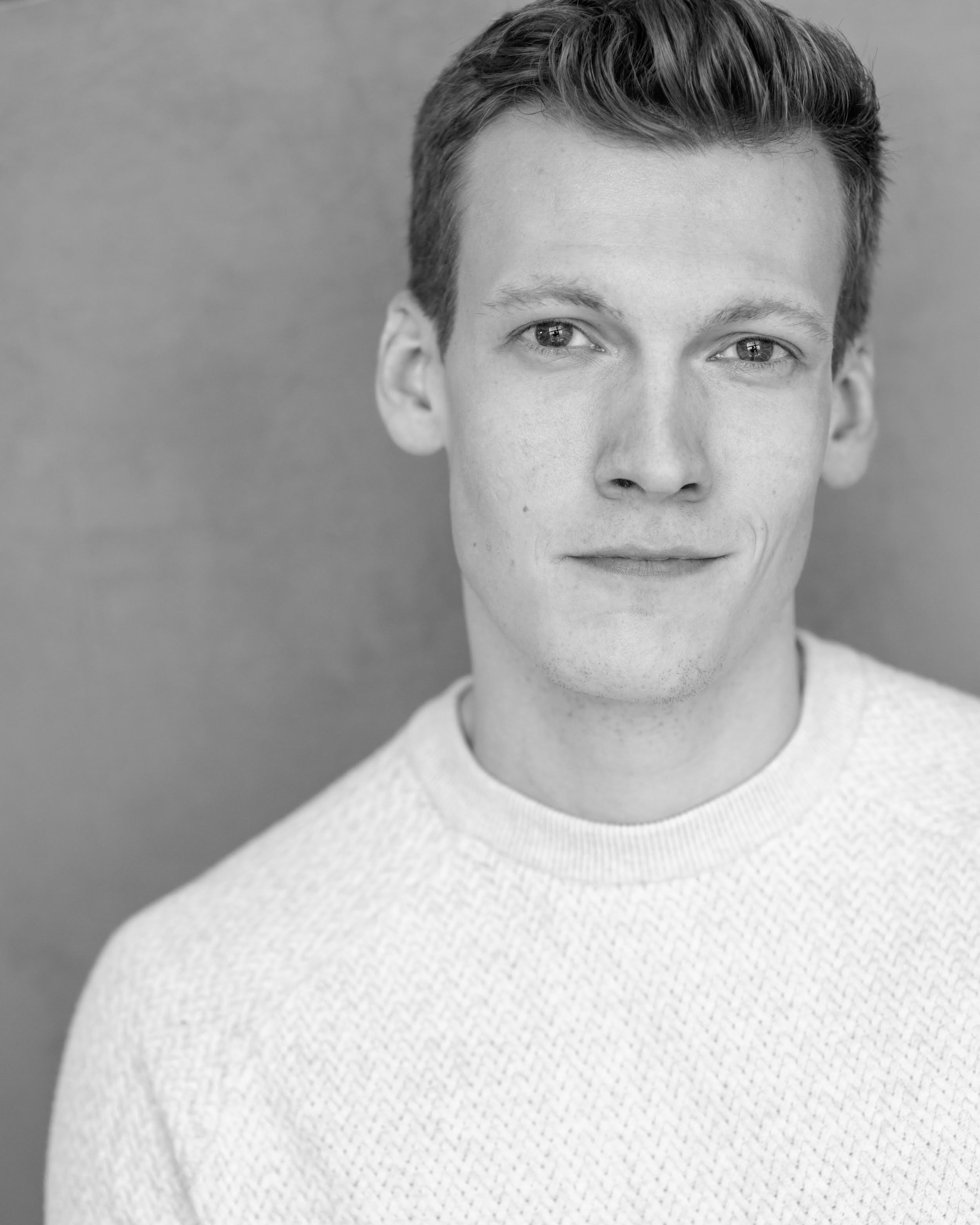